All you need to know

Most people who haven’t been to Ibiza before are amazed by how the small the island actually is, given its international fame.

It’s fair to say that you can’t drive in the same direction for much more than half an hour before running out of road and reaching the sea again.

This doesn’t leave much room for cities and towns and in fact there is only one city, the island’s capital Eivissa on the south coast, with a population of well below 100,000. 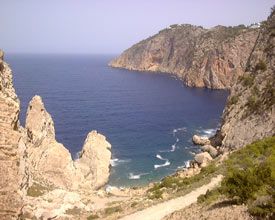 The two large villages that locals refer to as towns are Santa Eulalia on the east coast and San Antonio on the west.

In between those there are a few dozen other villages, some of which comprise little more than a church, a shop and a bar surrounded by a handful of houses. These and the surrounding countryside are beautiful and well worthy of exploration, so hiring wheels is a must if you intend to do more than just laze around the hotel pool.

The other alternative is public transport, which is inexpensive but doesn’t take you to many of the island’s myriad beautiful beaches. It is, however, useful if you’ve been to one of the island’s big clubs for the night as disco buses run regularly right through the till sunrise and beyond.

Your other option is a taxi, which will take you almost everywhere, but is expensive and can be hard to find during the busy summer season – there simply aren’t enough of them.

The summer perception of Ibiza is a whirlwind of clubbing and beaches, but there are of course many other options commensurate with a beautiful holiday island in the middle of the sea.

Water sports, from skuba diving to parascending and everything in between, can be found in abundance as the sea is all around us. Inland hiking, cycling, horse riding, hot air balloon rides and jeep safaris are but a few of the many entertainment options well catered for.

One of the more renowned options for those with a disposition for shopping is a trip to one of the hippy markets, which claim to be part of island heritage in much the same way that the architecture and influences of the Phoenicians, Carthaginians and Romans left their cultural legacy here on passing through. The fact that the hippies preceded the first wave of mass tourism here is their rather flimsy argument… 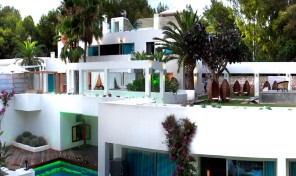 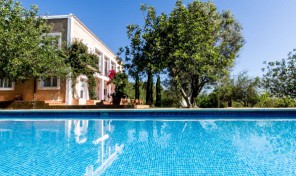